The world lightest and most compact paraglider!

THE LIGHTEST WING IN THE WORLD!

The Run&Fly is a revolution! We’ve designed the first ever wing under 1 kg (986g), meaning it’s the lightest and most compact aircraft of the world. It is much more intuitive than a normal paraglider, at an affordable price at that.

The Run and Fly is not a typical paragliding canopy: it has a single skin. Therefore it’s lighter while displaying much stronger tendency to stay over head and recover from any surges than a regular paraglider. In this way, the Run&Fly offers safe take-offs, great maneuverability in flight and smooth landings.

Welcome to the new world!

Designed by JB Chandelier, Team Dudek and Jacques Peugeot (airframe sizing engineer), in close collaboration with Porcher Sport, the Run&Fly project had been a real challenge for us. We decided to set ourselves very aggressive goals in order to propose a really different, outstanding product. The main specifications were a total weight below 1 kg (the internal project name was 999gr), with speed and flare comparable to standard wings. The wing also had to be affordable, in order to give access to the sky to a wider public. With such an ambitious target, we knew we couldn’t simply “make another single skin wing”: we had to think out of the box. As a result, the Run&Fly needed hours and hours of engineering discussions, debates, analyses, comparisons and numerical simulations, then obviously completed with a lot of flight & load tests.

Ultimately, the wing turned out to exceed our expectations. The biggest mono skin problems have been resolved; Run&Fly has good speed, nice landing and offers a lot of fun. Besides reaching our goals we also achieved a good glide ratio – above 6. Although we usually avoid publishing the glide ratio of our paragliders, because this parameter is sometimes subject to manipulation, we made an exception with Run & Fly. We want to give potential pilots at least a rough understanding of what they can expect from the fact that such an innovative wing exists.

It is exceptionally light, so that you can carry the wing on your back during trail running or climbing sessions almost without noticing the load. It is so compact, that it fits in a 4-litre bag. The Run and Fly is perfect for trail running, hike & fly and necessary travelling, or just as a second wing you will always have with you (you can easily place it in your hand luggage while travelling by plane).

Run&Fly has excellent stability, coupled with organic, intuitive handling qualities, which makes the wing funny and easy to fly.

The harness is not part of the wing (set).

The run&fly can make a nice flare. It’s essential to give as fast speed as possible during the final, to create a comfortable flare. If the pilot brakes too much, the flare will don’t work.

As is the case of our other special paragliders, we do not plan for the full certification of the Run&Fly in flight. Despite the wing being very safe, as you can see on the SIV tests movie, this is not a typical free-flying paraglider, rather a glide-down wing. Both the design specifications as well as single-skin canopy mean that results of the classic EN/LTF tests most probably would be unjust. However, the load test according to the EN norm was successfully passed, confirming the pilot’s safety up to 108 kg take-off weight. 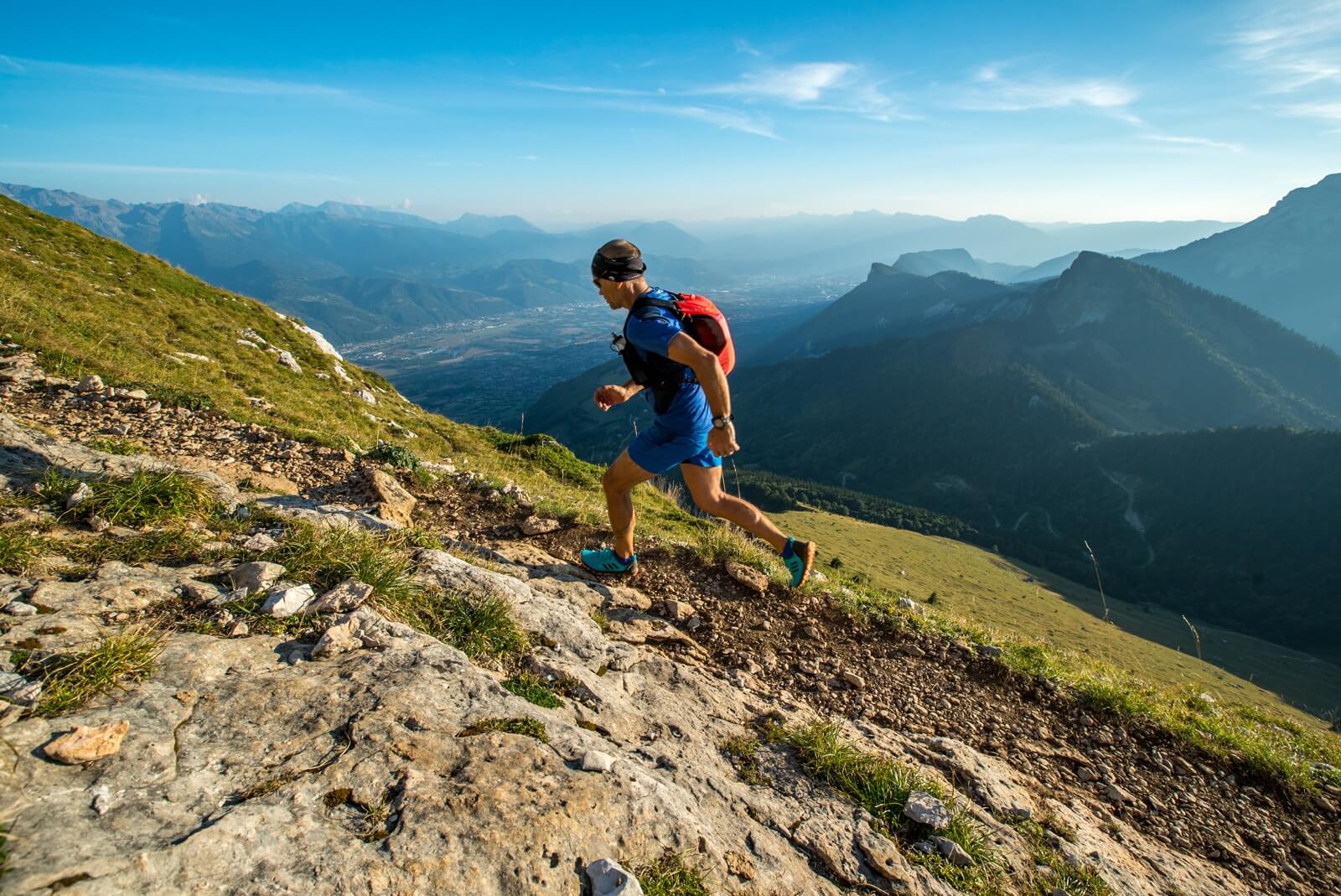 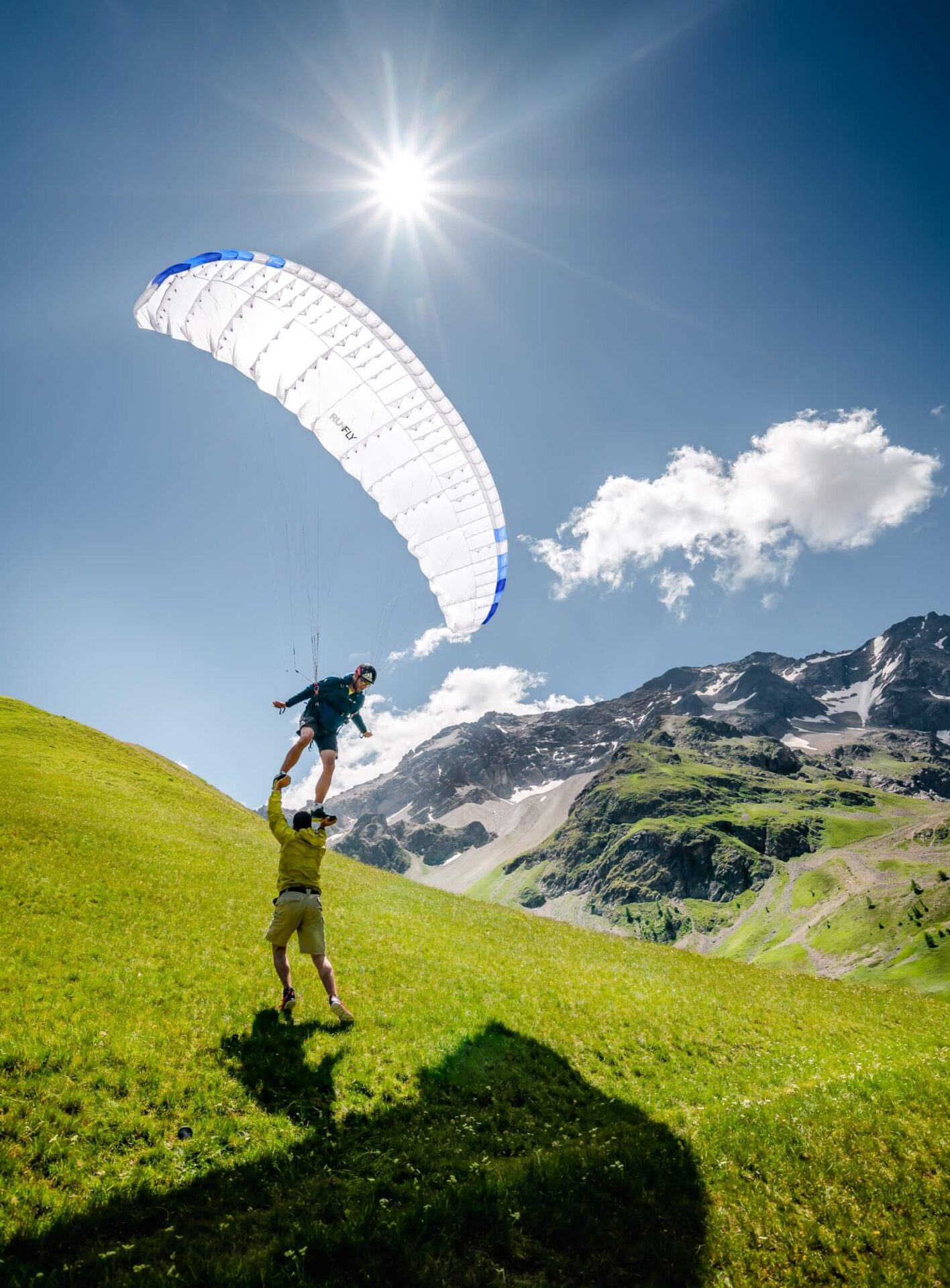 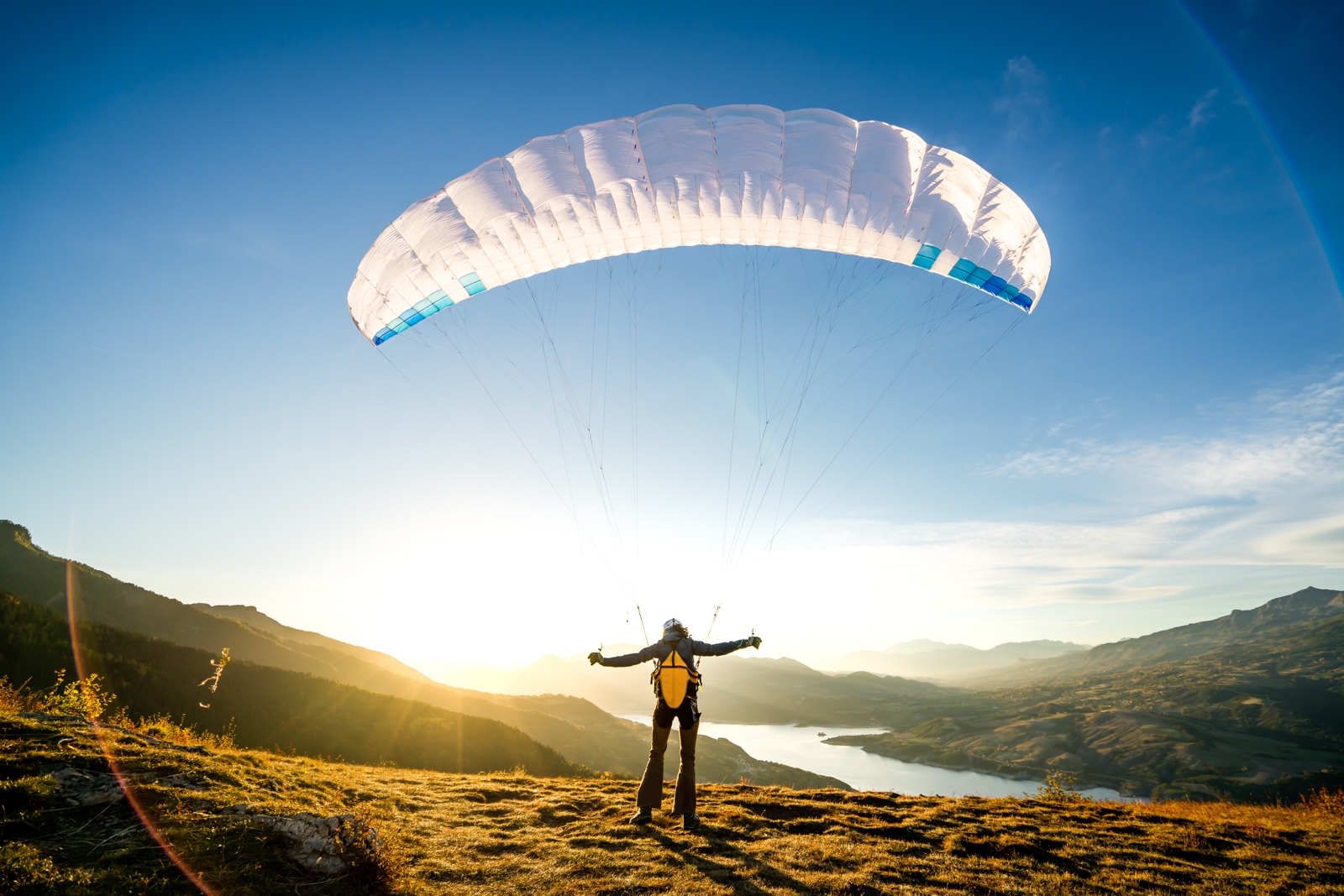 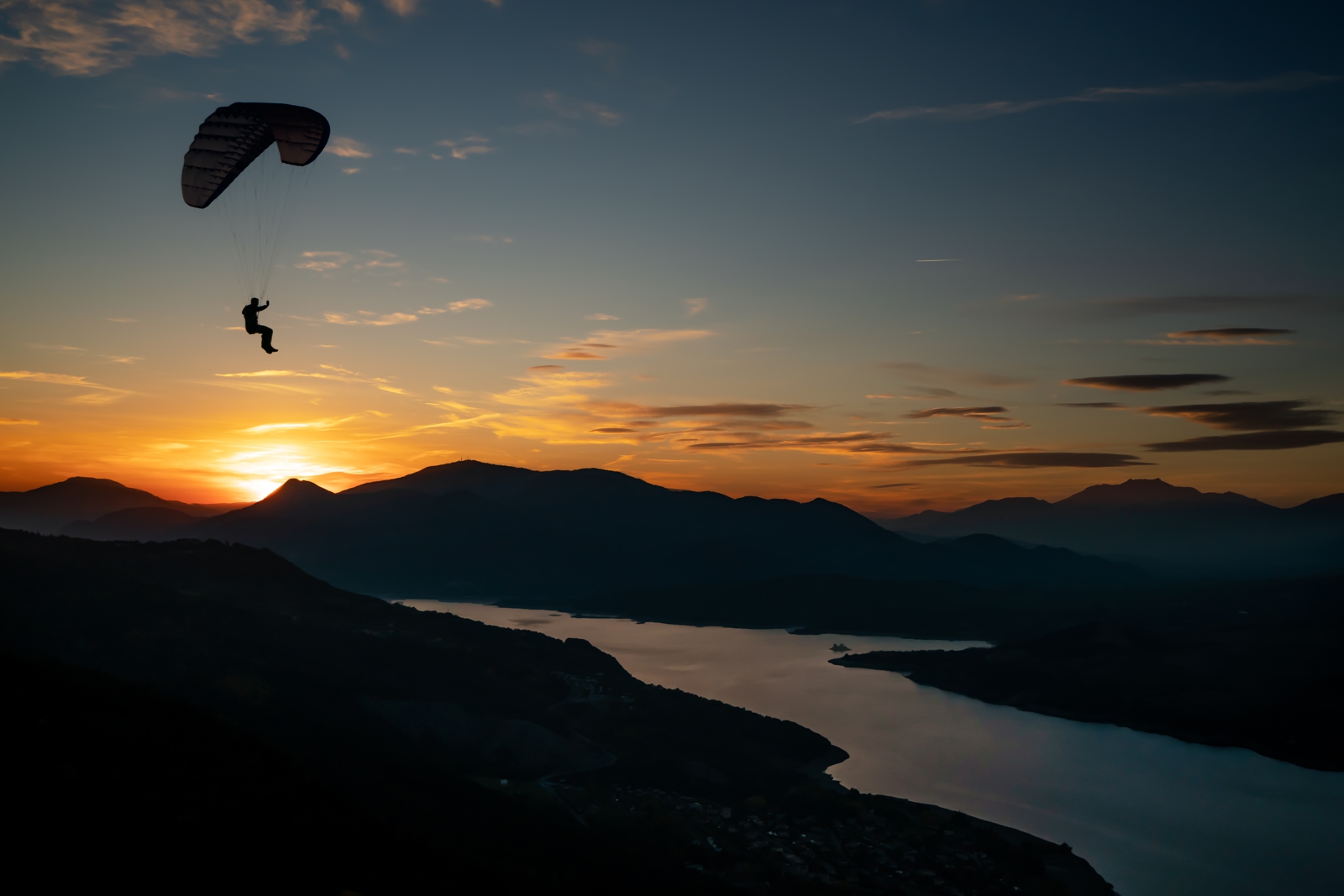 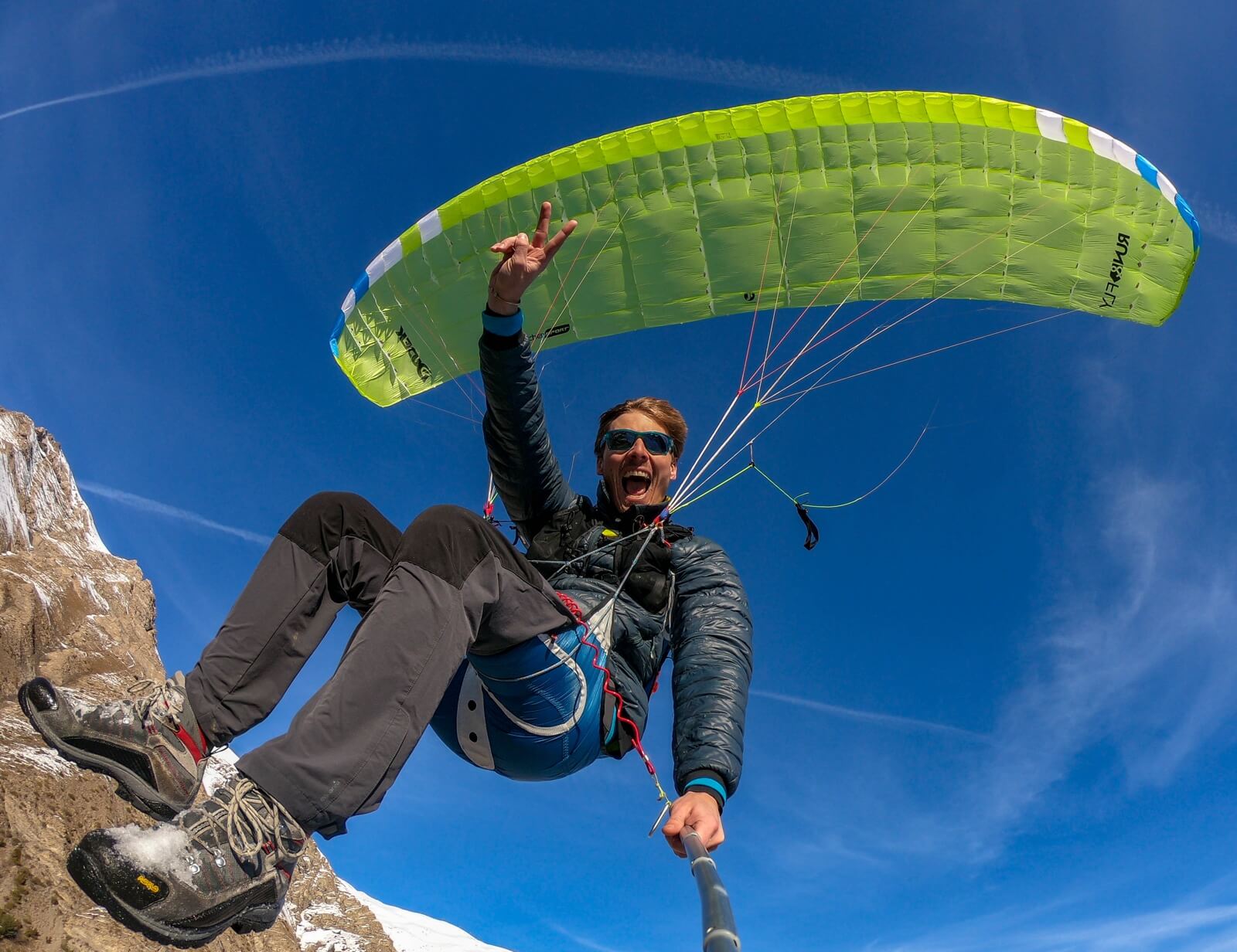 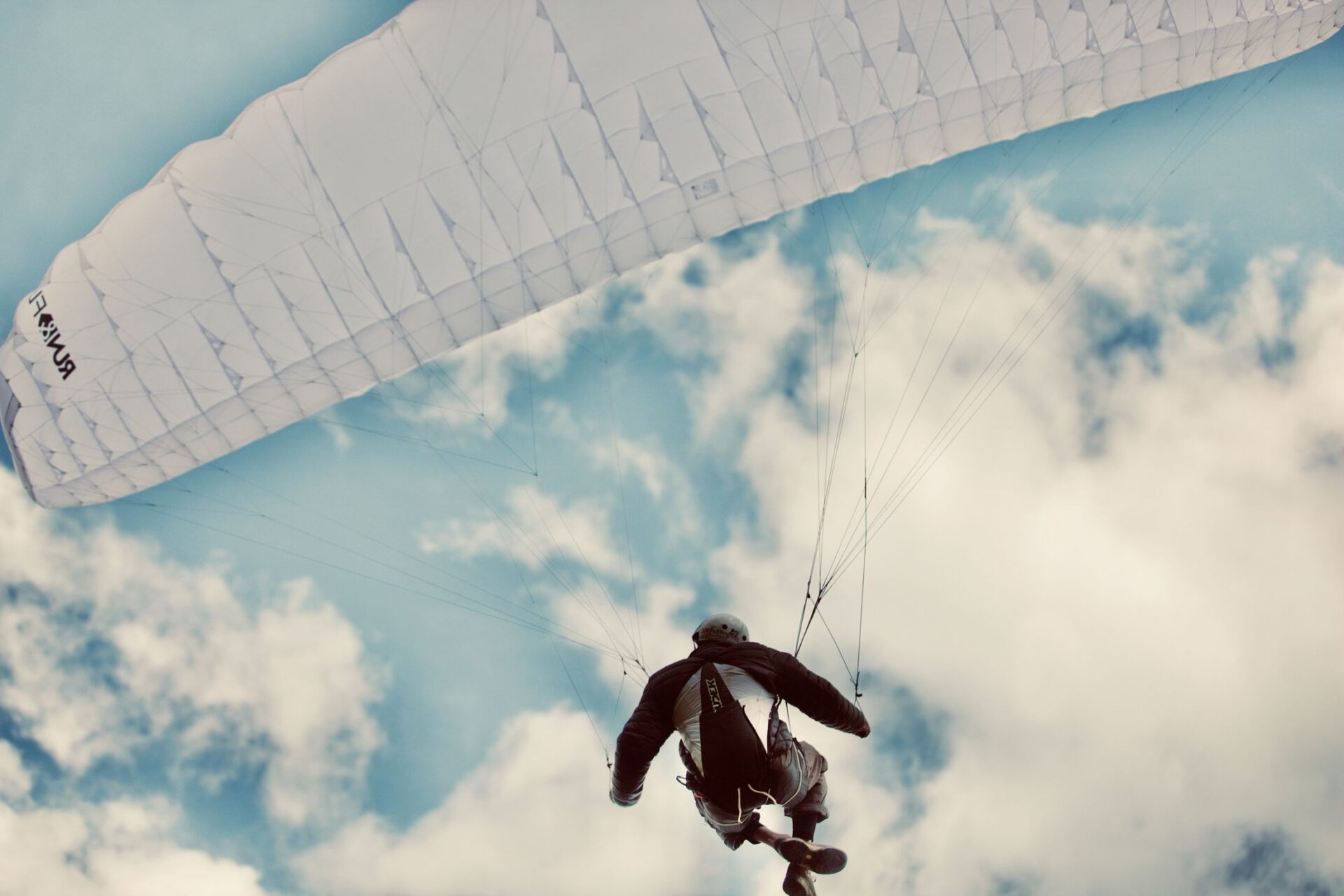 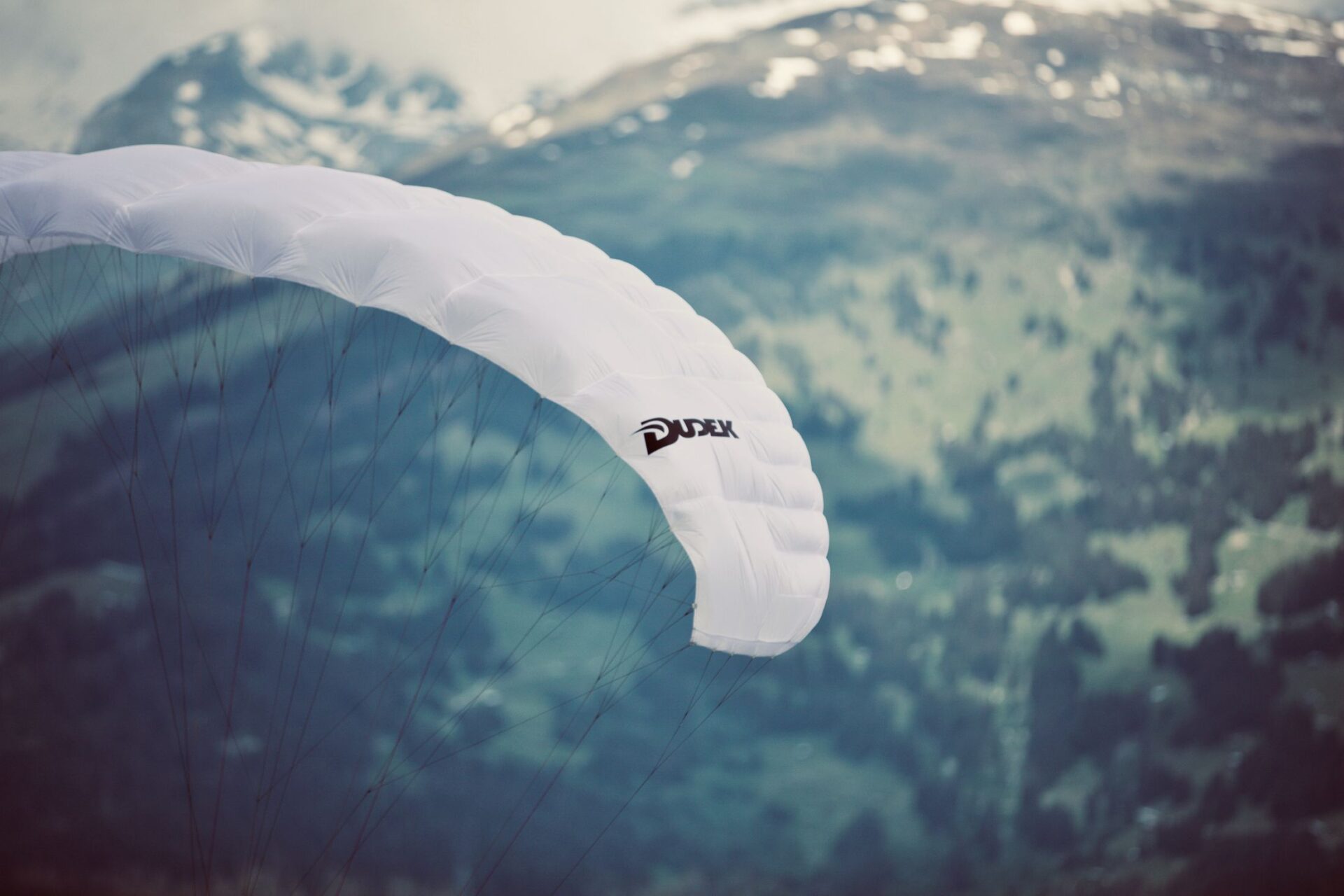 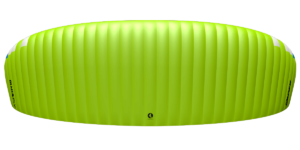 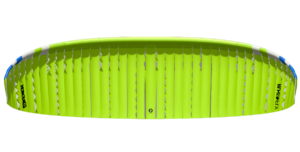 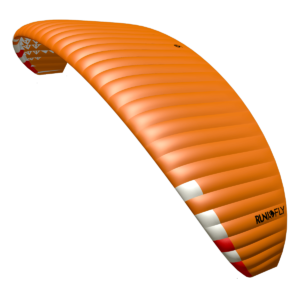 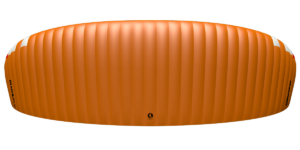 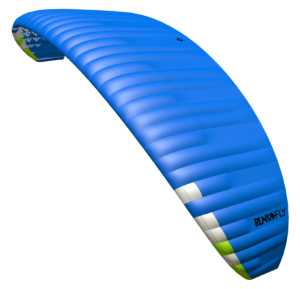 Polish mountaineer, climber, author of the first winter ascents of the Gasherbrum I and Broad Peak eight-housanders, also the conqueror of K2, Makalu and Gasherbrum II.

I learned paragliding many years ago, hoping to combine it with my mountain activities. Unfortuntely, the equipment then was too heavy for climbers and I have joked that I would go back to flying ony when the wings start weighing a kilogram. Well, the word was said and when Dudek Paragliders released the Run & Fly model, I knew that I had to test it. It fulfilled all my hopes, offering a remarkable freedom of movement both in the air and on the ground. No wall my flying gear weighs less than 3 kg including the rescue chute, harness and helmet.
Finally, I can take a paraglider with me on vacation to fly “by the way” or simply bring it to the summit just in case, even when I have doubts whether the conditions will allow me to fly. The wing is easy to steer, very safe and forgives a lot, sometimes I even have the impression that I should not disturb it too much i the air, since it is doing great all by itself. 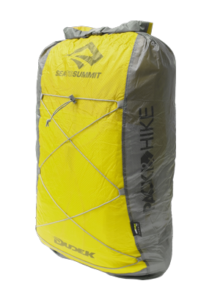 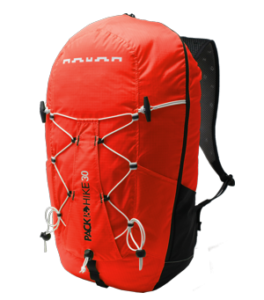 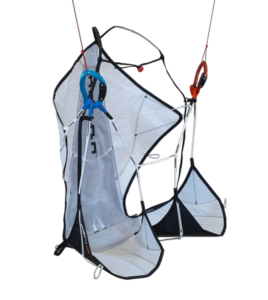 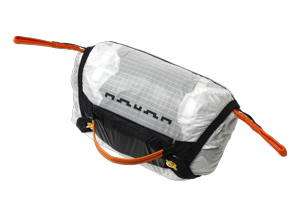 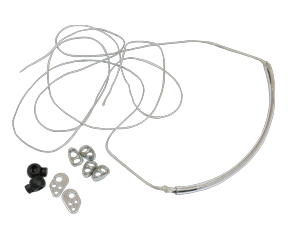