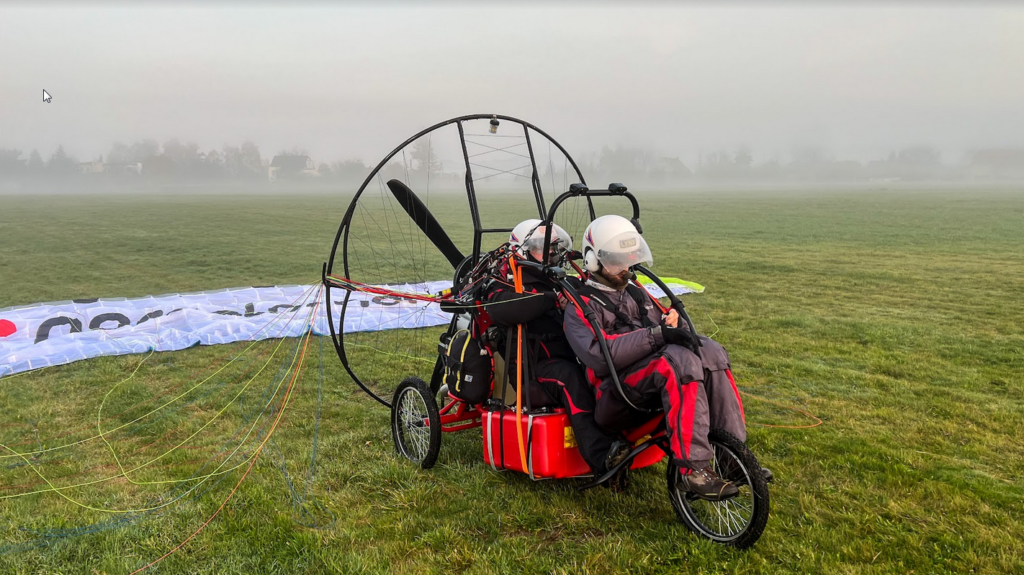 On October 27, 2022. at 7:56 on the landing field in Jelenia Góra, the crews of Krzysztof Romicki – Wojciech Strzyżakowski and Dariusz Brzostowicz – Mariusz Stępień set off to break the World Record in the RPL2 class (tandem paramotor). And did it!

After over 9 hours of flight and reading the loggers it turned out that a route with a total length of 624.11 km was covered.
This means that it is a flight longer by almost 159 km than the previous one in this category and will be reported as an official World Record! It would not have been possible without the invaluable help of Adam Paska, experienced coach of the Polish Paramotor National Team, and Darek Brzostowicz, pilot and chief mechanic of the Paraelement company, who made a great contribution to make this project possible, as well as assisted in the preparation of the gear itself.

It should be noted that the flight took place on totally Polish products – the latest tandem wing by Dudek Paragliders, Boson 34, and the Cargo SW600 trike by Paraelement. This set
he is very fast and safe, as proved during the previous successful attempt to break the World Record (FAI triangle). These properties allowed both crews to complete this flight without any problems, despite being a very exhausting exercise.

Link to the photo gallery: