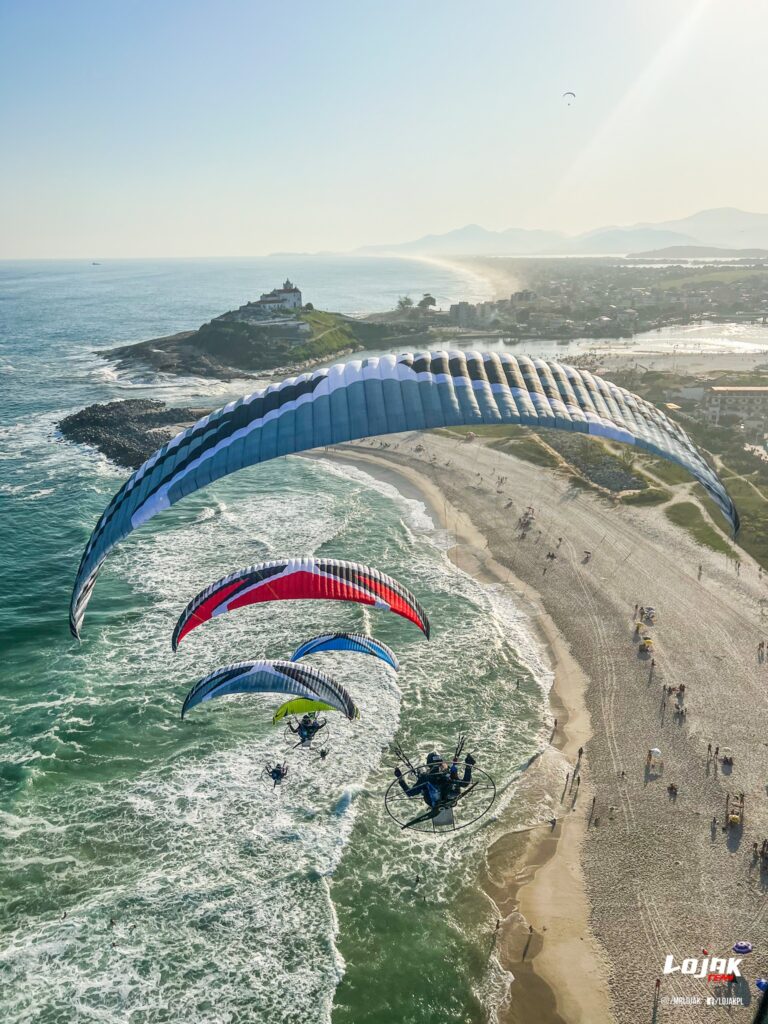 After a four-year break, the 11th Paramotor World Championship was held in Brazil. Unfortunately, this time without presence of the Polish National Team. Nevertheless, Poland was represented by our paragliders, which helped many pilots achieve great results.

In the most prestigious PF1 category, Cyril Planton came second, and our close associate Jean-Emile Oulha came third, both representing France and both on Warps 2. CONGRATULATIONS! 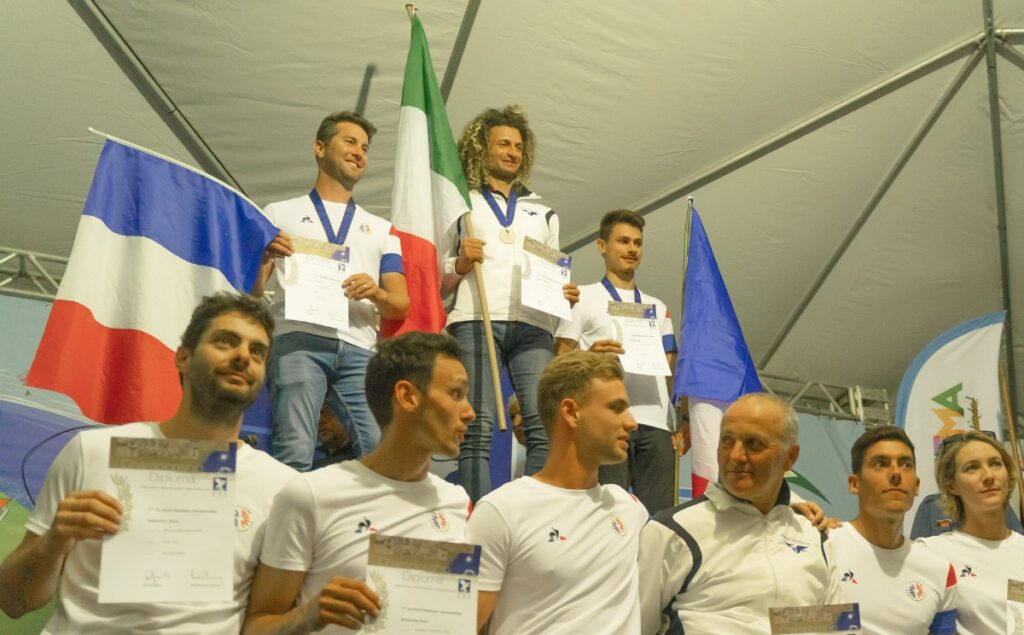 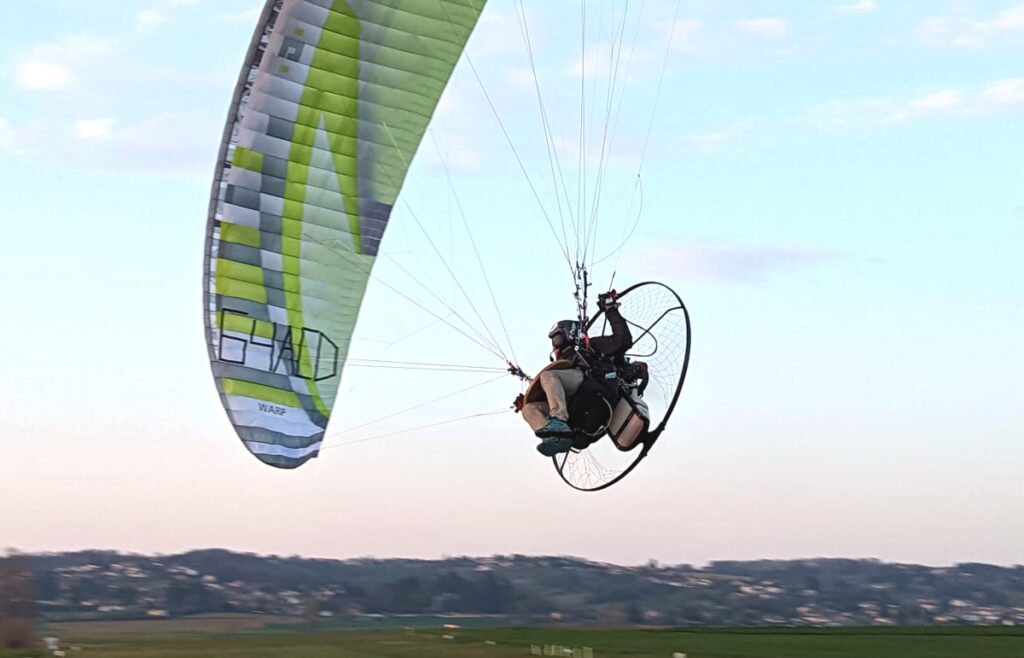 Below you can find some interesting statistics by the invaluable Paweł ‘Lojak’ Kozarzewski, who not only produced them, but first of all collected the data himself, replacing the clumsy organizer.
It is nice to see that (as usual, one cannot help saying) almost half of the competitors from all over the world chose to fly on Dudek canopies. 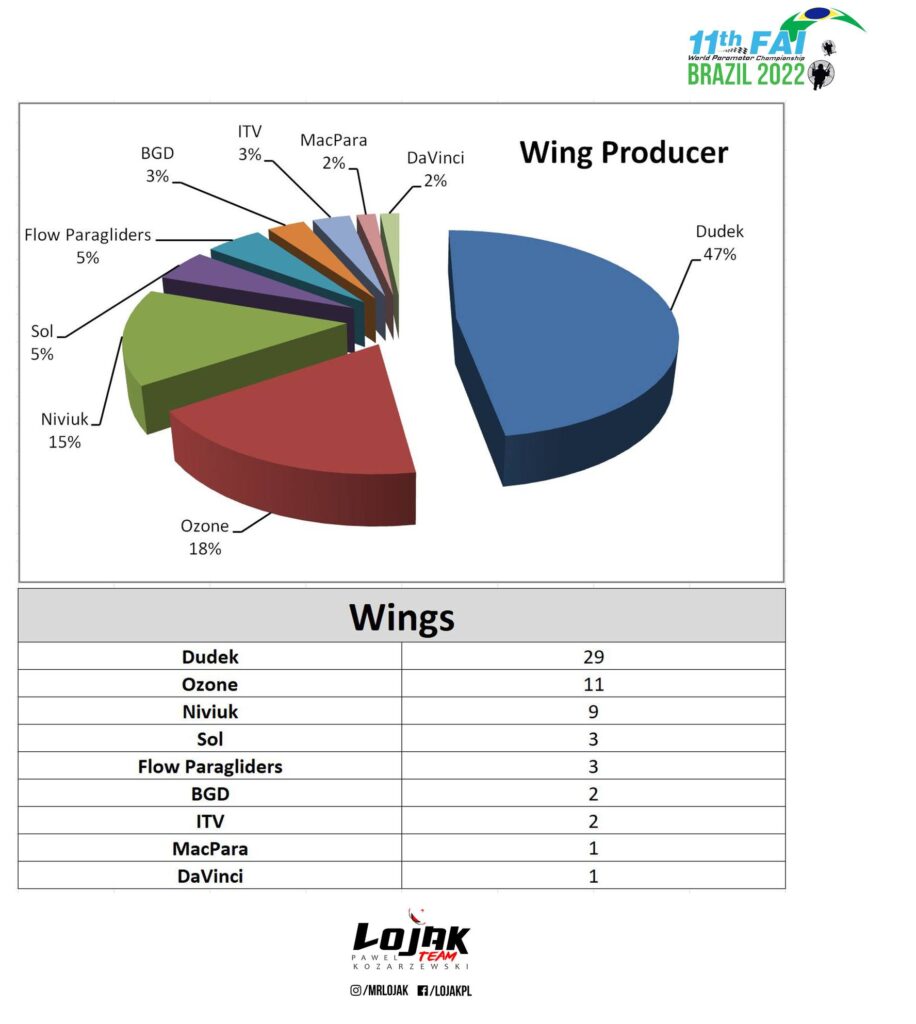 Here is a graph showing distribution of individual models. The most popular turned out to be the new Warp, which premiered just a few days before the start of the Championship, closely followed by Snake 1.2. 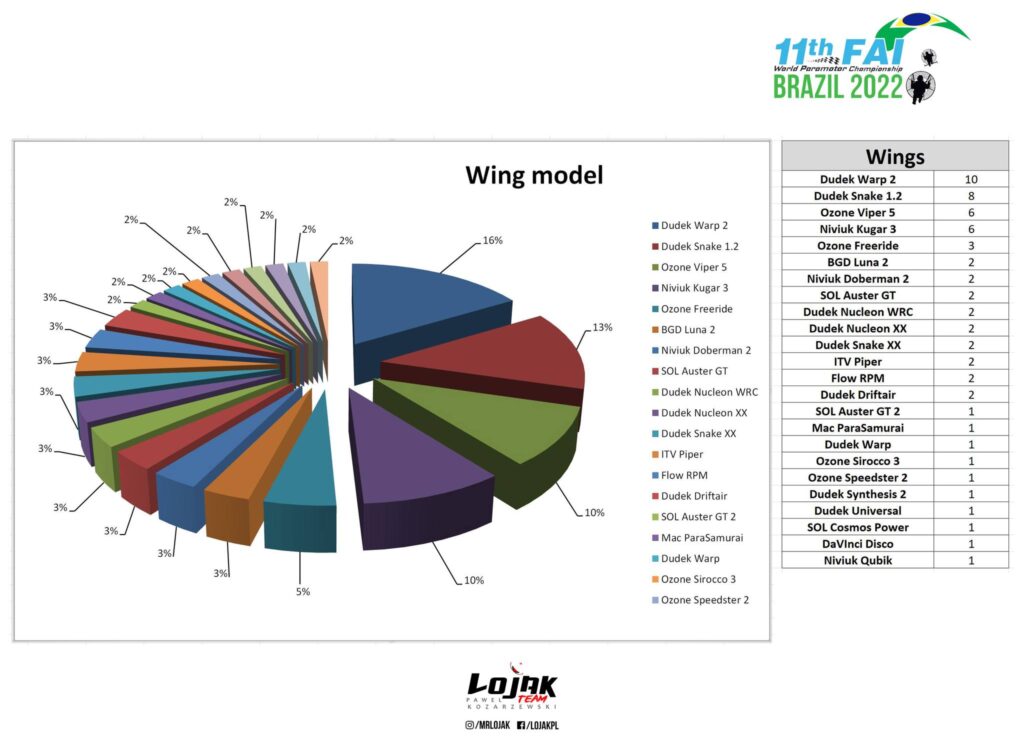 Some may be interested in the popularity of particular wing sizes. Here are the statistics of this parameter:

For the full picture, let’s also look at the percentage share of nationalities: 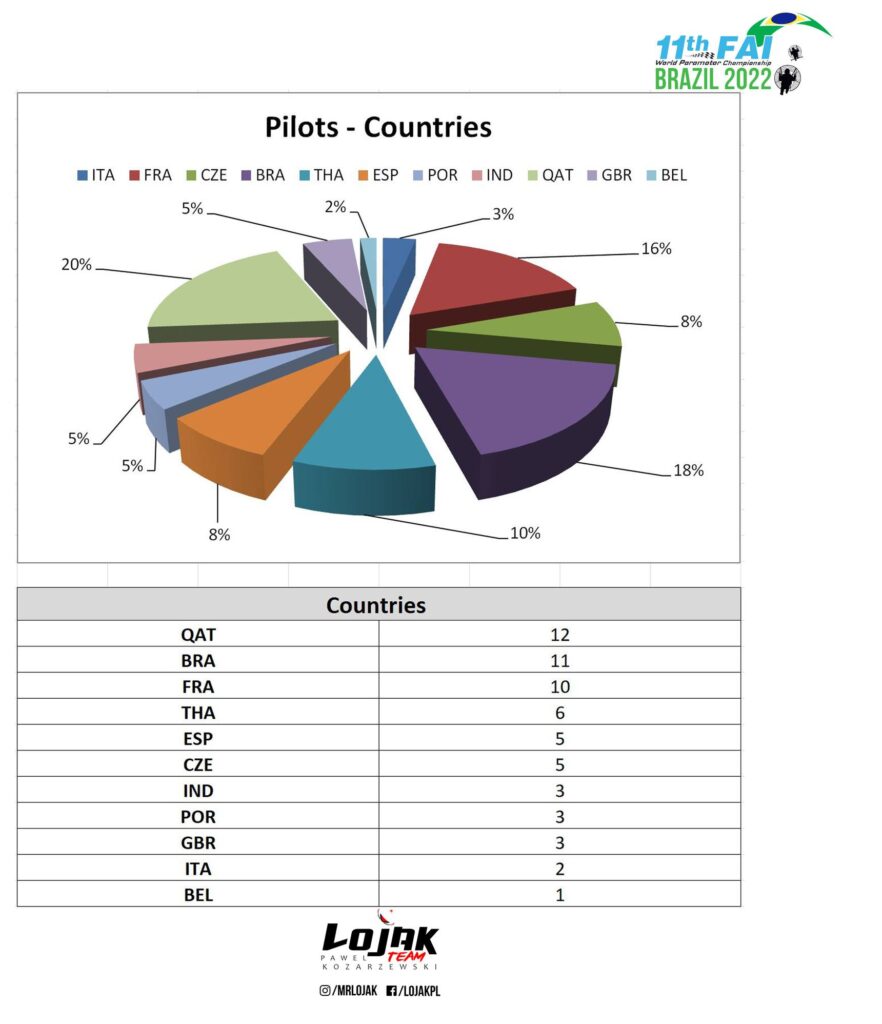 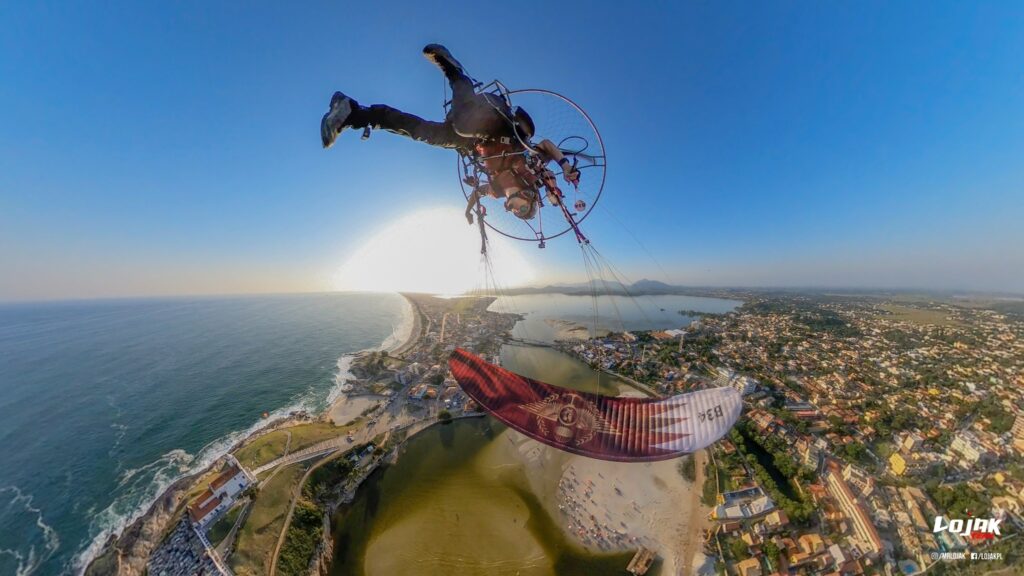