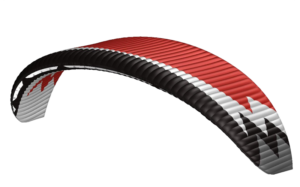 You've been flying paramotors for some time now. You know and appreciate performance & safety qualities of reflex profile wings. Even if you just fly as an amateur, you are willing to try something more than para-parking in the vicinity of the landing field

You’ve been flying paramotors for some time now. You know and appreciate performance & safety qualities of reflex profile wings. Even if you just fly as an amateur, you are willing to try something more than para-parking in the vicinity of the landing field. Long, lonely routes are as attractive as your wish to compare yourself against world’s best pilots in international competition or trying to establish some new record. You are not afraid of flying in strong thermals, and agility tasks close to the ground are fun too.

What you need is a top-drawer paraglider; a canopy that will be safe and stable both at top and low speeds, with efficient trimmers and speed systems (each of them increasing your speed over 10 km/h), sensitive controls capable of rapid 180’s even when you are storming over 50 km/h with 30 m2 of cloth over your head. On top of that it has to be robust, so that high loads connected with aggressive PPG flying will not deform your wing after the first 150 hours.

Looks like a pipe dream?
Don’t worry, the anti-drug team won’t be sniffing around you – The Nucleon is real

The Nucleon is an Action/ReAction class paraglider, yet designed around a different idea (proven in Synthesis and Plasma). The new concept assumes linear characteristics of acceleration (equally shared between trims and speed system) and limited reflexivity at slow trim settings. It is accompanied by a number of new features, intensively tested since 2007 and introduced to mass production for the first time.

As a result we have a 100% reflex PPG paraglider with great performance and outstanding safety (comparable to the already legendary ReAction), presenting handling similar to classic paragliders (at low speeds).
Nucleon is certified EN/LTF, DULV and EAPR (see Technical Data and Download sections).
The Nucleon takes off perfectly, rising fast and clean after an easy inflation. In favourable conditions inflation is possible with body movement only, without the need to hold the risers in your hands.

The Nucleon incorporates a number of proven and some novel features improving flight comfort and performance.

The only CSG flaws are the increase in weight (about 1 kg), material- and labour consumption, and of course overall cost. Yet it is well worth the sweat, as in turn we get a no-compromise product of highest performance and quality, able to keep its original parameters for a long, long time.

The Nucleon is our first paraglider equipped as standard with ALC, an alternative control system. The new system replaces previous TST, and is based on a solution developed by Michel Carnet on his ReAction since 2007, at the World Championship in China.

ALC allows for aggressive, yet effortless, turns on full speed without influencing its reflex aerofoil. It is especially important in the case of bigger canopies, inherently haunted by significant steering forces and low agility.
The new steering component is a red ball, easily positioned to fit various harness hang-points and personal preferences. In addition, the ALC ball and line are routed in such a way to be easy to use without the risk of entanglement with risers or other parts. Of course you can use just the standard brakes if you wish, ignoring the ALC ball.

The current version of ALC is honed to perfection by long trials of numerous designs. All signs show that it will soon become a standard in alternative PPG control systems.

Classic steering with brakes has been redesigned too, rendering it even more effective than in our earlier paragliders. The Nucleon’s brakes work even at fastest trim and speed settings, while at slow speeds their action is simply perfect.

The task of this feature is to counteract the effect of engine torque, that tends to make the paraglider turn in the direction opposite to the propeller’s rotation. TEA balances the torque by adjusting the length of some wingtip lines, and it can be adjusted to match you specific combination of paramotor/propeller. Simple to use, effective and easy to toggle on & off in the air.

As a first world company we have decided to use ball-bearing pulleys as standard on our paragliders, in order to minimize speed-system friction. Now we have our own Dudek Smart Pulley

Our current speed system cord is a new, thick-woven pattern. It does not fray, does not stretch and perfectly fits our new pulleys. 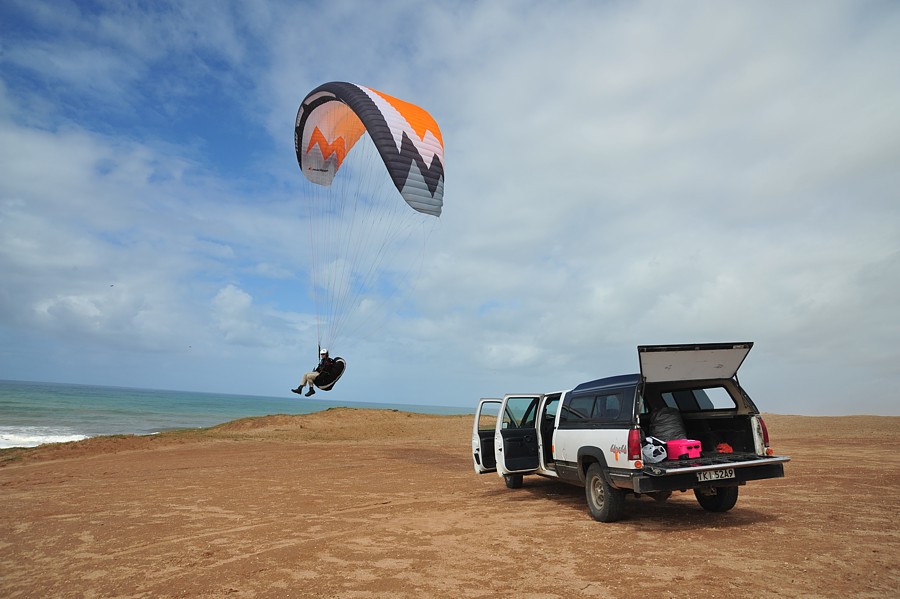 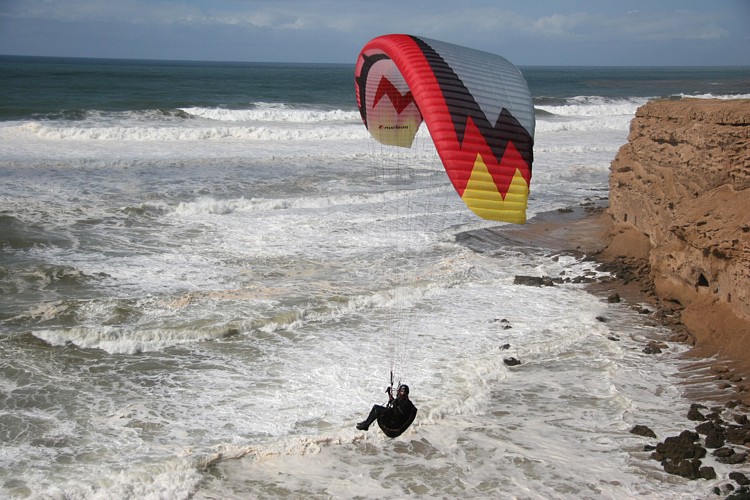 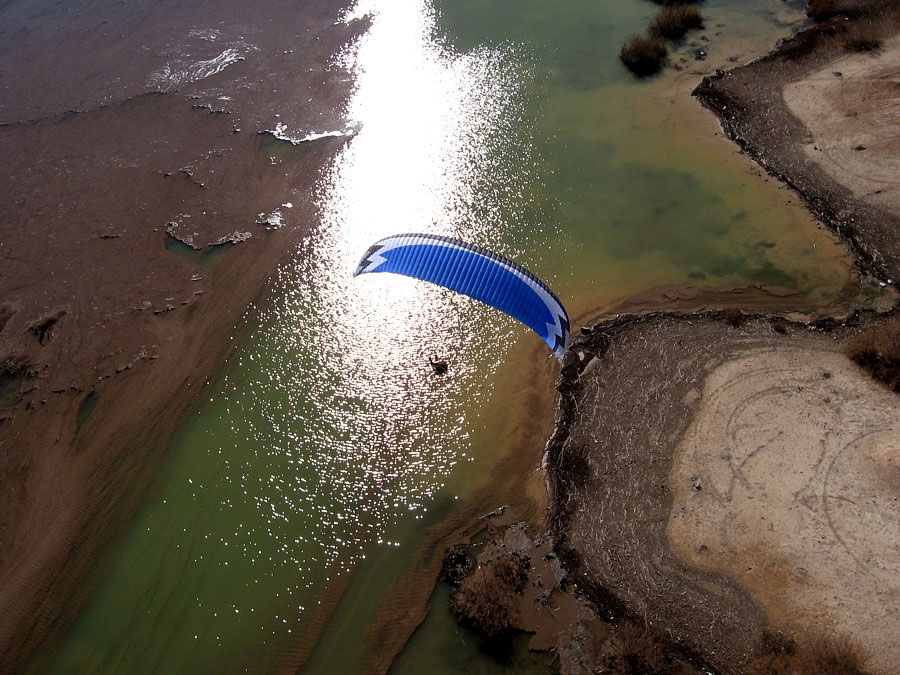 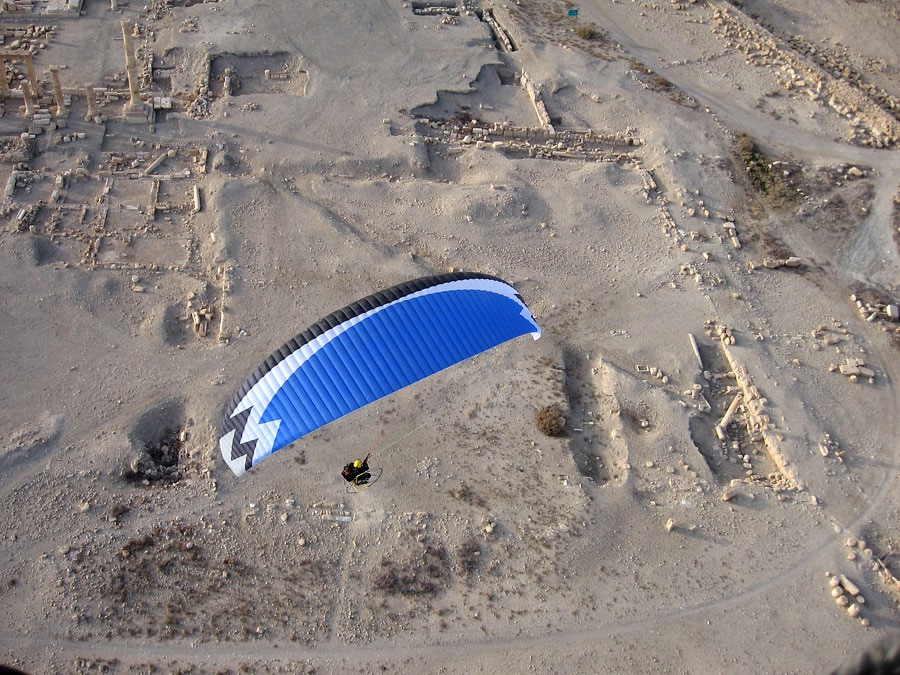 * include equipment: empty engine (without fuel), harness, wing and pilot itself