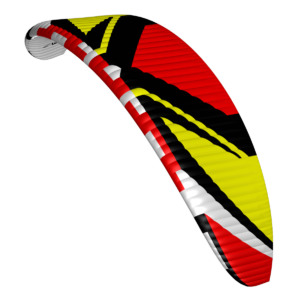 Agility, speed or economy – interrelations of these parameters are not only a challenge for the constructor, but also the criteria that guide experienced pilots in choosing the perfect sports wing. WARP is an attempt to balance them so that the economy does not suffer from speed, speed from maneuverability, and agility from the economy...

The Warp is our new high-end sports performance paramotor wing for experienced pilots, searching for speed, agility and economy in one package, who participate in classic and/or slalom competitions and are perfectly familiar with active piloting.

Comparing it to our other performance designs, we can say that Warp is the bringing together of Snake XX and Hadron XX. Faster than both, it is as agile as Snake XX and efficient as Hadron XX. In thermal conditions, its behaviour is similar to a free-flying wing, with a good climb, glide and intuitive operation.

Designed purely for advanced pilots with winning in mind. We strongly recommend a minimum of 100 hours airtime on similar class (Snake, SnakeXX, Hadron, Hadron 1.1, HadronXX), with a minimum of 300 hours of total paramotor flight. These recommendations are not exaggerated, and we strongly advise you to take them seriously.

The Warp is a hybrid of 3 and 4-liner, since only such arrangement allows full adjustability of the profile geometry via the trimmer, speed and PA system (Power Attack) operation.

Shark-nose on the leading edge provides greater aerodynamics of the canopy and higher internal pressure at a wide range of angles of attack. The leading edge is stiffened with synthetic rods (Flexi Edge Technology), which significantly improve the launch quality and guard against deformations during high-speed flight. In addition, the leading edge is further stabilized by the reinforcements between the cells (LE2R technology – Leading Edge Double Reinforcements).

The all-new riser system provides excellent control in accelerated flight. A large speed range is achieved with the standard speedbar travel.
The PA (Power Attack) system, which we introduced to the sport in 2009, was initially adapted to individual paragliders and made available for the very best pilots only. In Warp, the PA system combines the speed system with the trimmer in a permanent manner, yet allowing for independent adjustment of the trimmers, which is very useful during some combined tasks.
The B riser is suspended on a pulley, minimising resistance during speed system operation.

Warp as standard comes equipped with 2D controls. In the 2D layout, both the main control and the tip steering line are attached to the main control handle. This system allows the pilot to either independently control the tip of the wing and the centre of the trailing edge, or both at once. Thanks to the separation of the main control, the experienced pilots can adjust the progression of pulling the trailing edge to suit their preferences. Warp does not have a separate small TST handle, which simplifies control over the riser system both during takeoff and in flight.

Trimmers and speed system allow you to change of angle of attack and raise the rear part of the wing, so that its projected surface and chord decrease by circa 15%, increasing the loading and speed of the wing as well as moving the centre of pressure (lift) forward, thus increasing the longitudinal stability of the wing. This change in load gives the Warp greater resistance to collapses and increases its projected aspect ratio so that the pilot can enjoy better performance and stability, especially at higher speeds.

With trims closed the Warp has less reflex present; this is compensated by the smaller wing sizes (approx 1m2) in comparison to its sister wings, Snake XX and Hadron XX.

The main rigging lines are sheathed, and the upper gallery lines being unsheathed.

In general, Warp is our next generation wing for experienced competition PPG pilots. We are convinced that they will be impressed by its capabilities.

Here at Dudek, we do not only work on solutions for staying in front in wing design but also constantly improve the quality of production. This is why the Warp is constructed from the highest quality fabrics – Porcher Skytex – which combined with in advanced processes of laser cutting, precise sewing and attention to detail culminates in a world-class product.

Warp like all our other wings is manufactured entirely in-house at our Polish European facility, allowing us total control over each and every production process.

Caution: In the German magazine Paramotor, our Warp test appeared. It is reliable and factual so we encourage you to read it.

Recommendation applies to take-offs on the Warp paraglider: READ 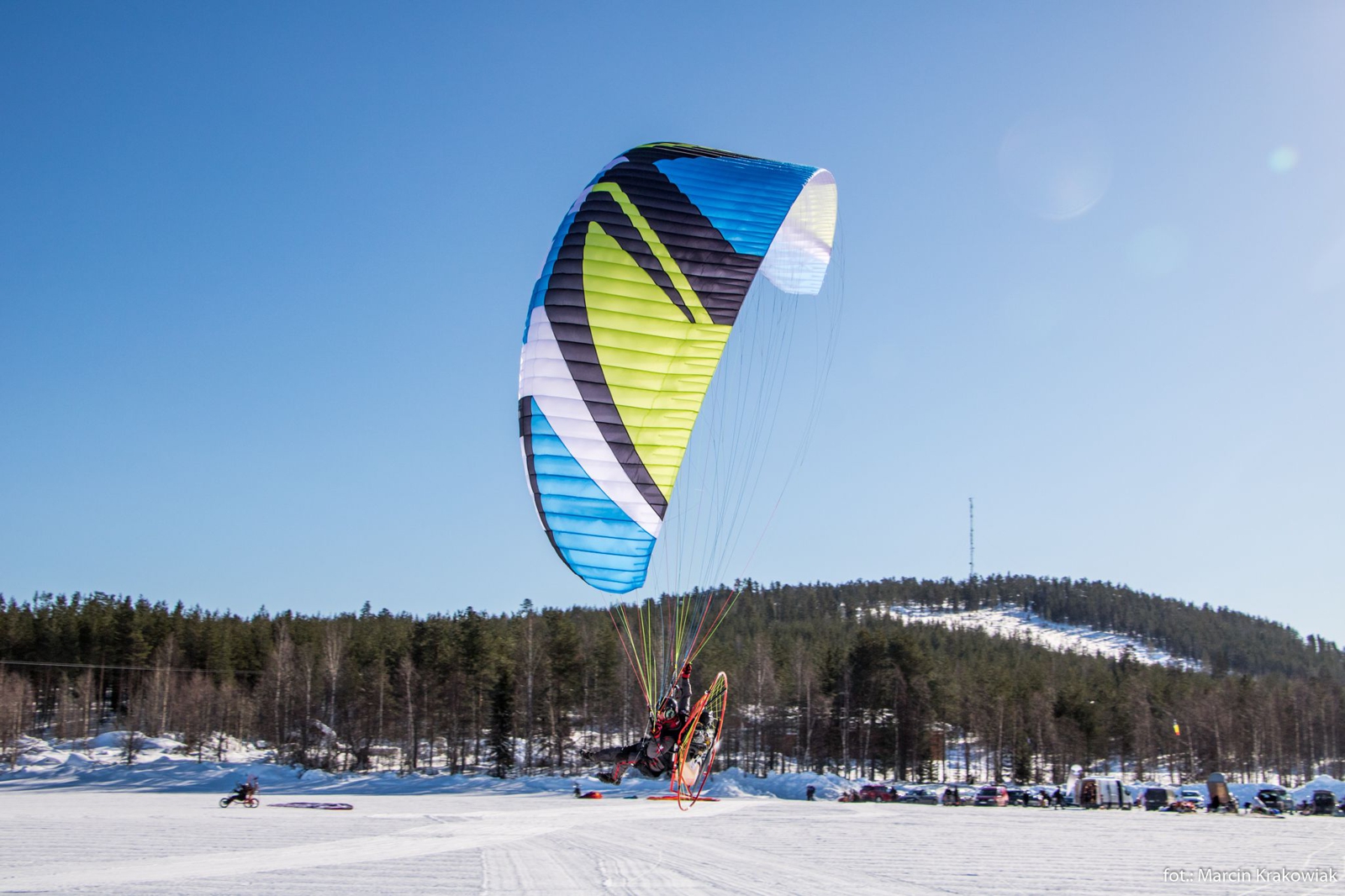 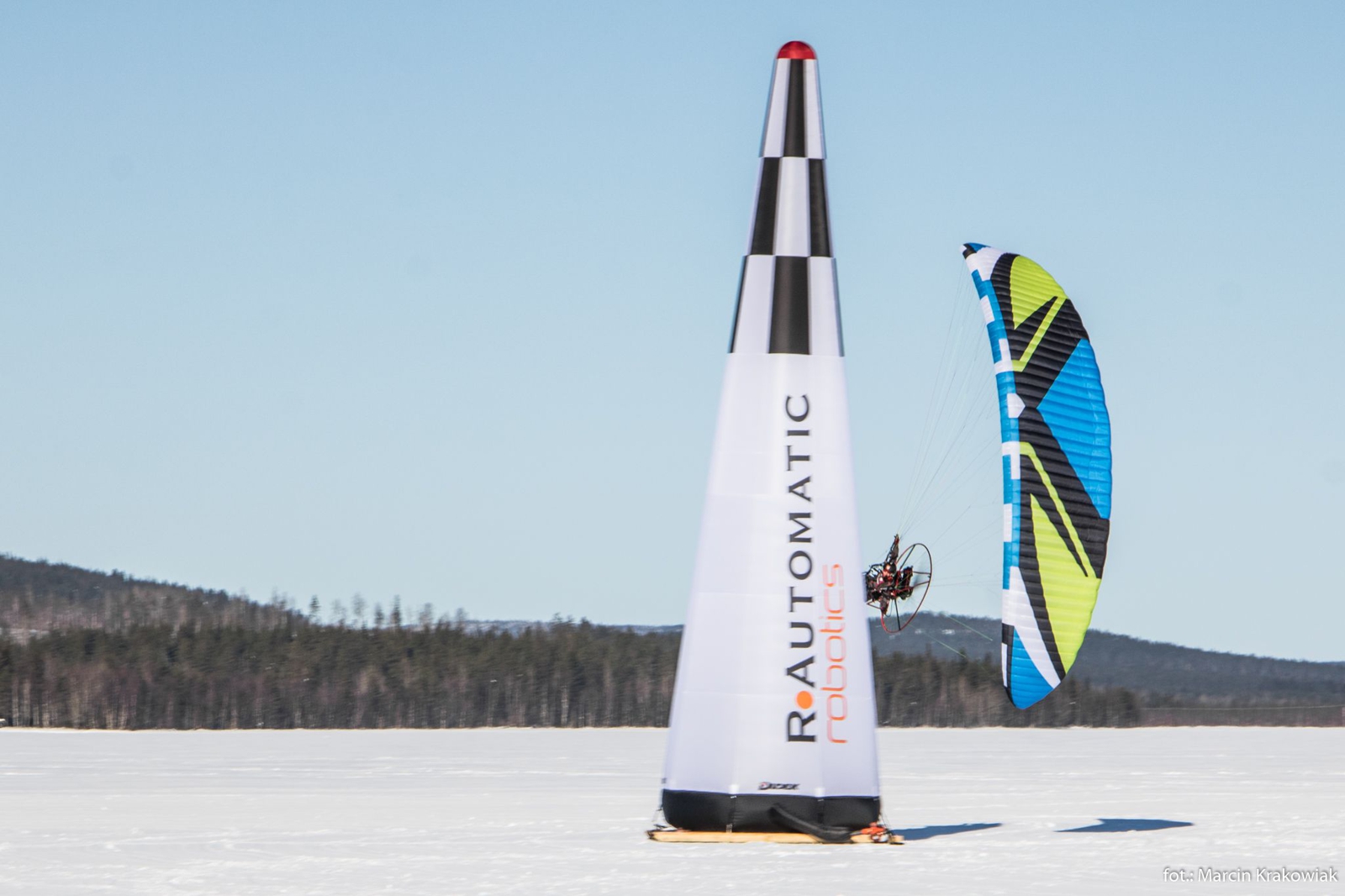 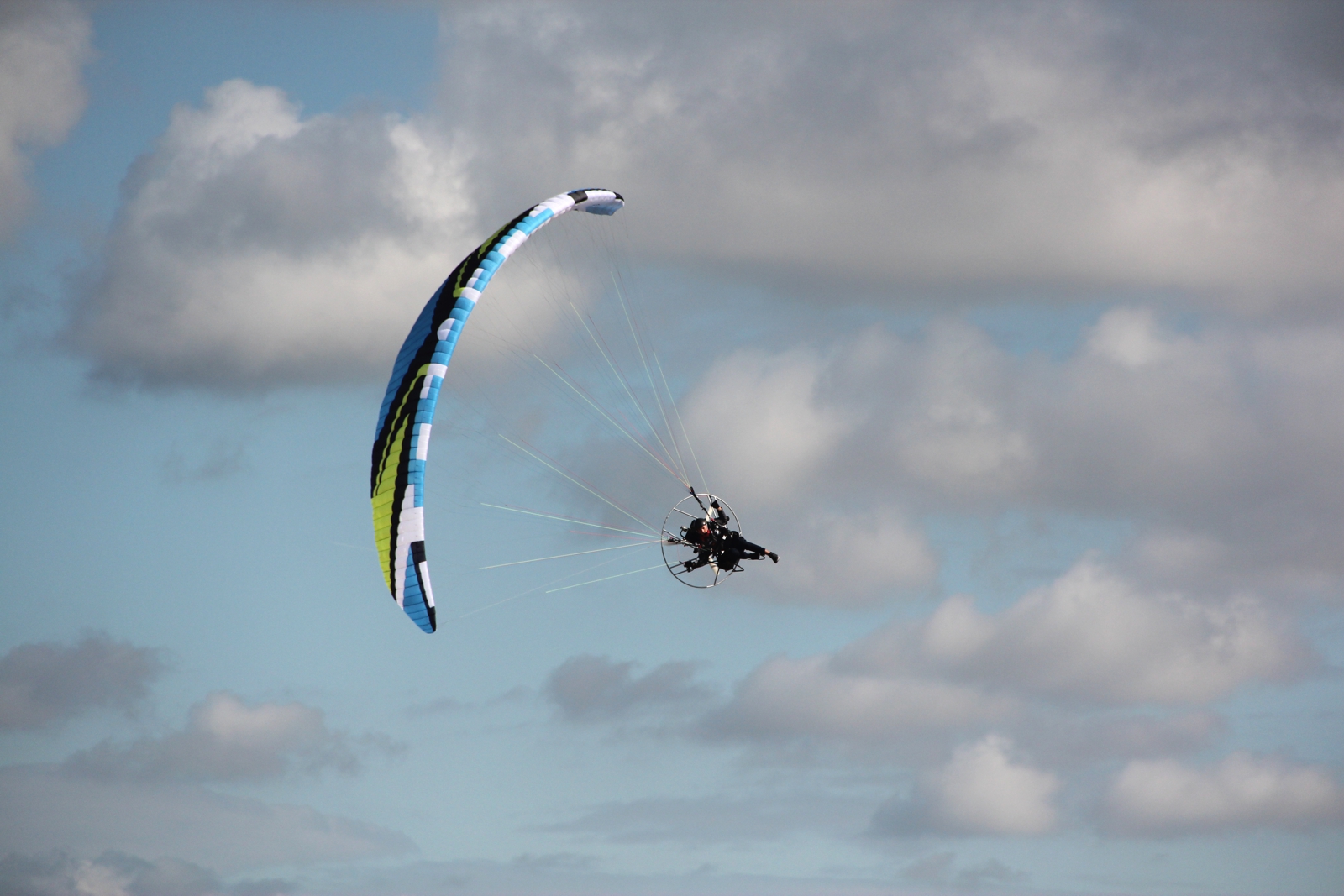 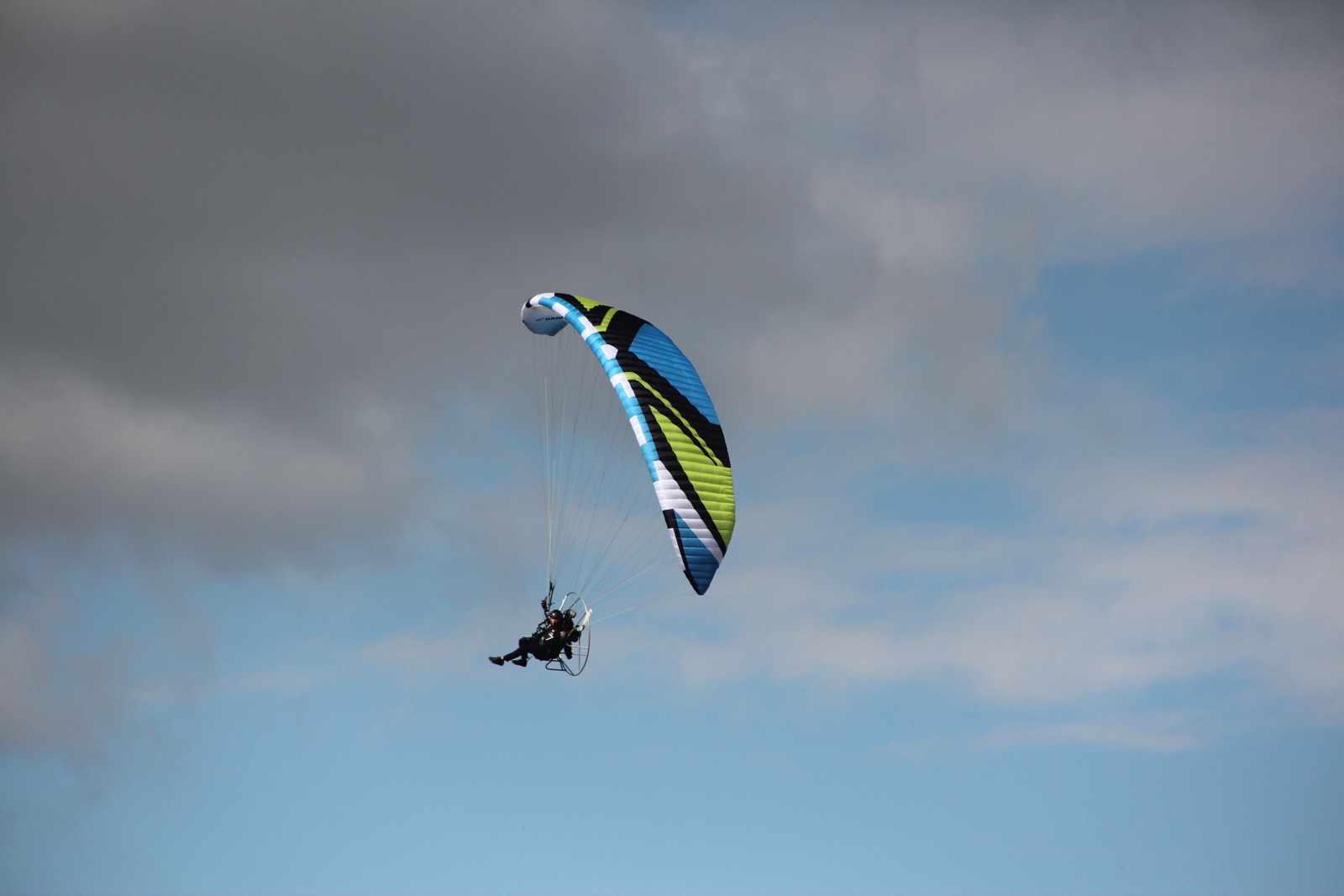 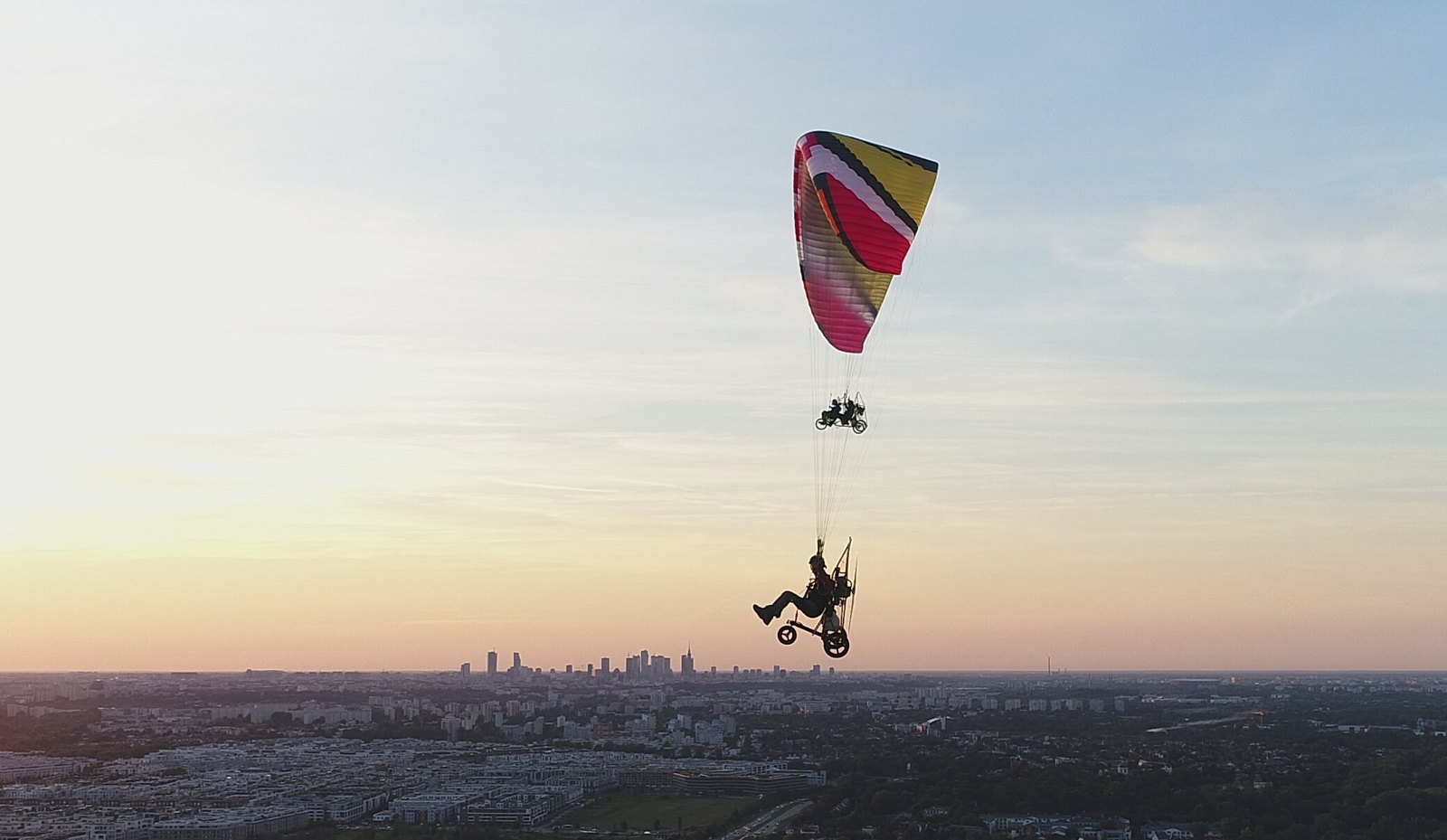 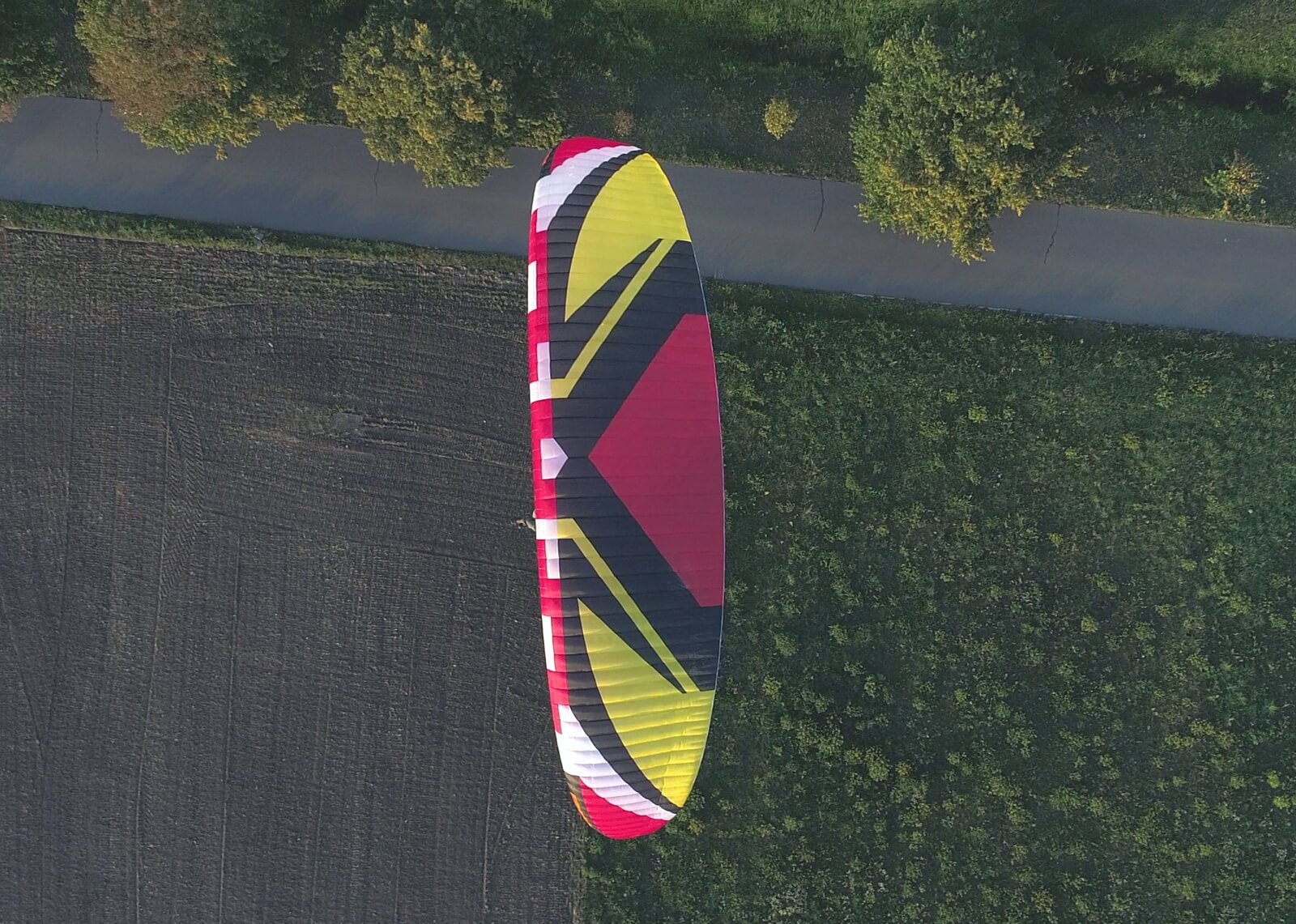 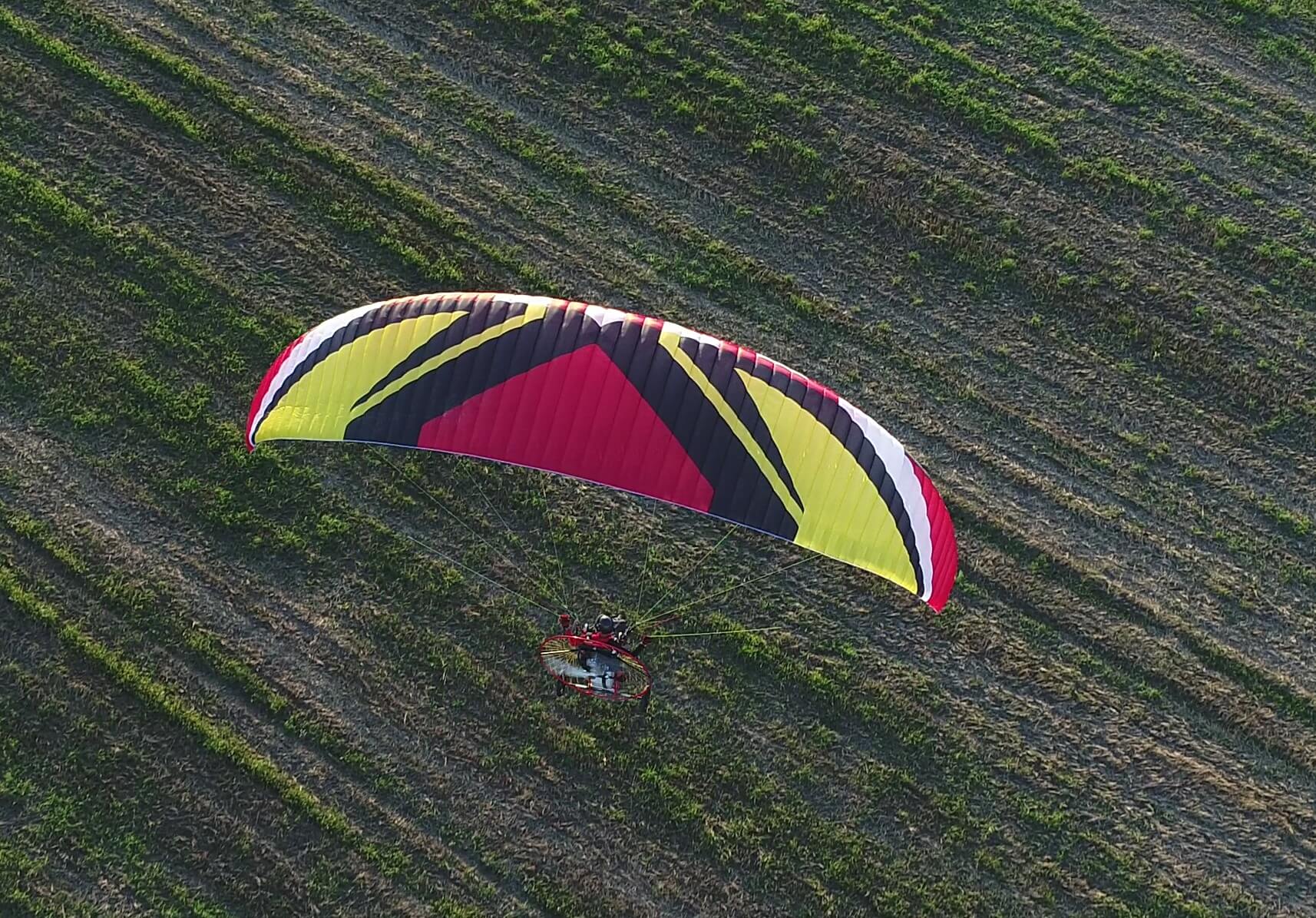 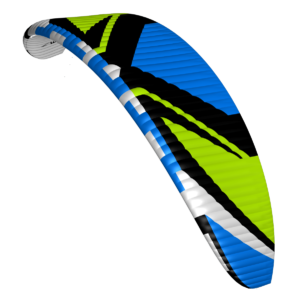 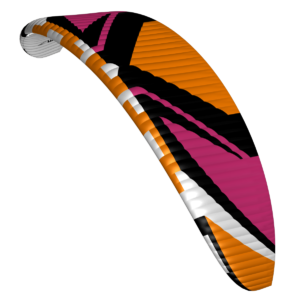 * Speeds are given as estimated for the middle wing size and the middle of its weight range. These speeds can vary within +/- 5 km / h depending on the size, take-off weight and additional factors such as air pressure and temperature.

**** The maximum speed that can be achieved in the appropriate equipment and weight configuration.